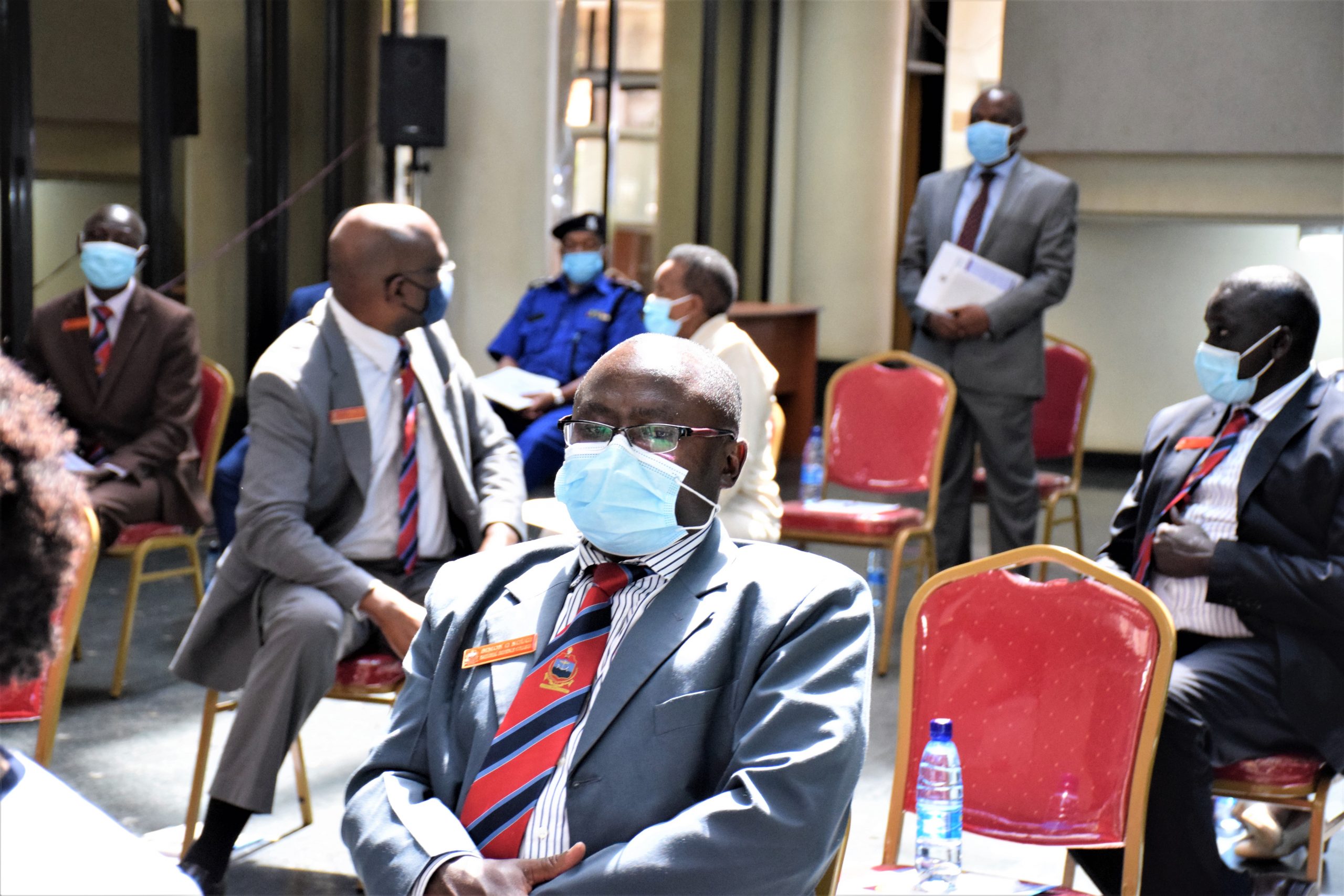 27:11:2020: Course participants at the National Defence College in Nairobi took time off this afternoon for a study tour of the Ethics and Anti-Corruption Commission. The tour follows the Presidential declaration of corruption as a threat to national security.

The team was hosted by Ms. Lucy Kinuthia, Director, Ethics and Leadership, and other Directors. The delegation, drawn from the Kenya Defence Forces, various government Ministries Departments and Agencies(MDA’s)  and international military personnel, was led by Col. P. S. Chelimo, the College Coordinator.

Ms. Kinuthia, reading remarks on behalf of the Commission’s CEO, Mr. Twalib Mbarak, said that in order for the country to develop, corruption must be tackled because it inhibits economic growth and affects business operations, employment and investments.

“One of the challenges identified under the political pillar of Kenya’s Vision 2030, and which the Commission has played a lead role in tackling, is persistent corruption and weak governance,” she said.

She pointed out that the newly launched National Ethics and Anti-Corruption Policy underscores the importance of “our national values and ethics as one of the cornerstones of the country’s overall development through a value-based system”.