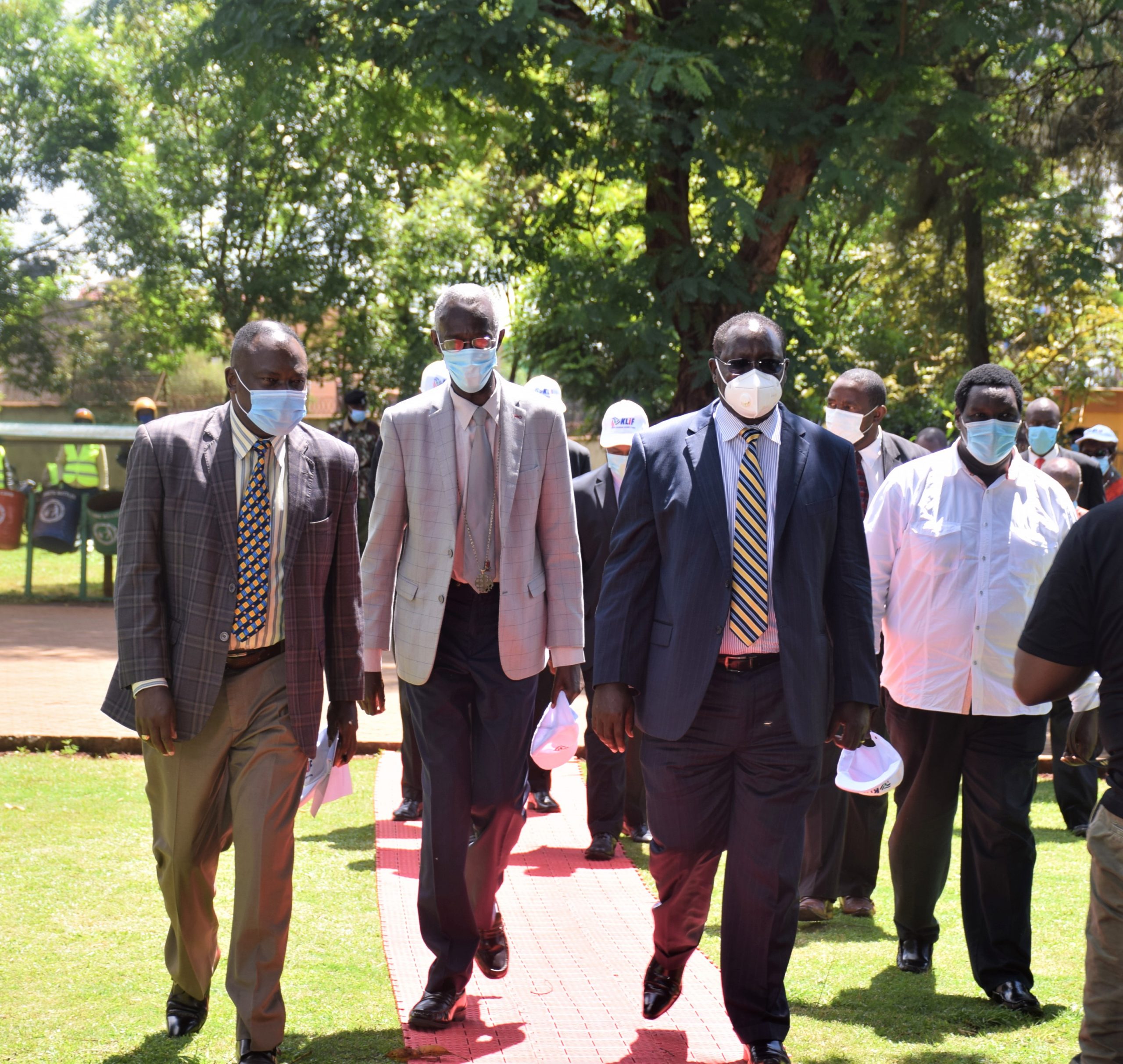 02:12:2020: The Kenya Leadership Integrity Forum (KLIF) has launched a weeklong series of awareness and sensitization activities in Kiambu, Nandi and Nyamira Counties, which will culminate in the commemoration of the International Anti-Corruption Day on 9th December 2020.

The activities include training programmes for Kiambu Interfaith Council, County Assembly Members and staff, County Executive Committee and Chief Officers, County Directors and sub-county wards, and public officers from the national government. Also scheduled are outreach programmes targeting all of Kiambu’s sub-counties, and a final public baraza on the 9th of December.

KLIF, a grouping of state and non-state actors for a unified and integrated fight against corruption, is domiciled under the Ethics and Anti-corruption Commission (EACC). The Forum flagged off the commemoration at Kiambu County Headquarters where EACC Chairman Archbishop (Rtd.) Eliud Wabukalaexplained that the three counties were chosen to as a demonstration of EACC’s commitment to working with county governments in the graft war and promotion of good governance. He challenged everyone to actively join in the fight against corruption, which he noted has derailed the prosperity of the country.

“It is noteworthy that all of us are united in dealing with the challenge of corruption, which has continued to derail our social, economic and political prosperity,” he said.

Referring to the theme for this year’s commemoration of the International Anti-Corruption Day — Recover with Integrity” — the Chair urged the County to put measures in place to mitigate the risks that have emerged – including mismanagement of public resources and corruption in response to the Covid-19 pandemic. “As we all know, corruption at times thrives in times of crisis and the ongoing global pandemic has not been an exception,” he said.

He warned against embezzlement of public resources, noting that the Commission is vigilant and taking measures to deal with the challenges of the pandemic, which include:

He pointed out that the Commission has issued a specific advisory to county governments, ministries, departments and agencies on procurement of supplies and equipment related to, among others, mitigation of the COVID-19 pandemic.

The EACC Chairman urged everyone to embrace integrity and ethical conduct as the cornerstones to recovery from the pandemic. “Corruption is a matter of the heart,” he said, “it is the inside where the evil of corruption comes from. Sanitize from the inside”.

Speaking during the flagging off ceremony, Kiambu County Assembly Speaker Stephen Ndichu, thanked the Commission for choosing the County as the national host of the International Anti-Corruption Day commemoration activities. He urged everyone to support EACC in the fight against corruption, noting that “corruption is a spirit and as such it should be fought in the spiritual realms”.

Governor James Nyoro pledged his county’s support in the fight against graft. He specifically thanked the Commission for carrying out a Corruption Risk Assessment in 2018, and noted that the county is implementing the recommendations arising from that exercise. He also stressed on the need for holding people to account in the management of public resources. “We must hold each other to account. At the end of this week we want to say, yes, it can be done,” he said.

The International Anti-Corruption Day (IACD) is commemorated in recognition of the devastating effects of corruption in the society. The United Nations Convention Against Corruption (UNCAC) under Articles 5, 12 & 13 provides for involvement of public, private, civil society among other actors in the fight against corruption and expects state parties to mainstream these through legislation, policies and other formal structured arrangements. Kenya was the first country to sign the Convention in 2003 in Merida, Mexico.

The aspiration of the Convention is for everyone to work together to enhance integrity in various sectors and institutions because corruption transcends all without exception and no single entity can eradicate it alone.