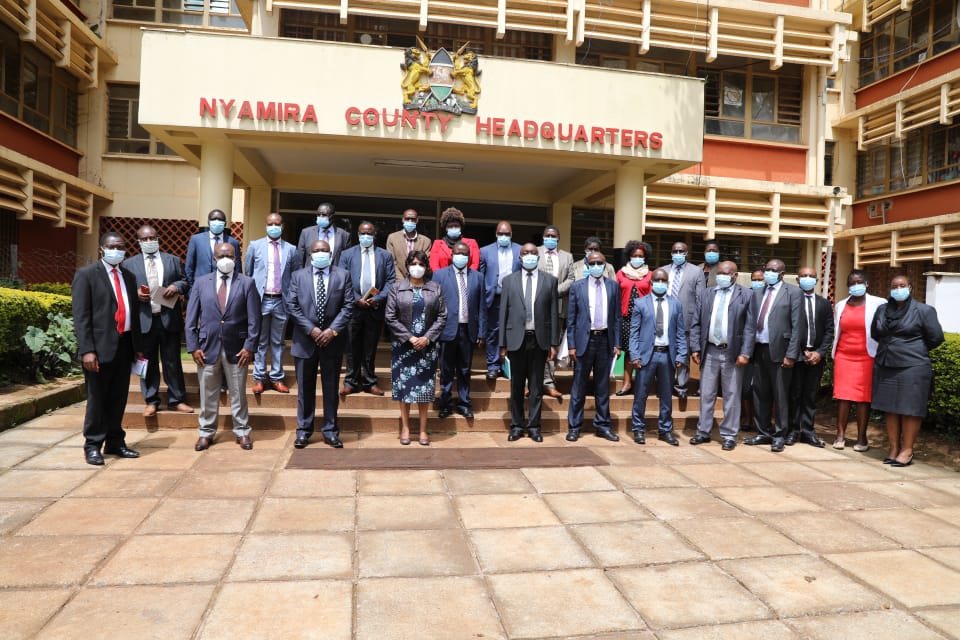 The Ethics and Anti-Corruption Commission(EACC) has embarked on Corruption Risk Assessment (CRA) exercises in Nyamira and Nandi counties. The assessments look into systems, practices and procedures of both county executive and assembly to identify corruption loopholes and recommends ways to seal them.

Nyamira CRA was officially launched by EACC’s Commissioner Rose Mghoi, who was accompanied by a team of officers from the prevention department, set to carry out the review for the next three weeks.

She noted that corruption has been a main obstacle in achieving the country’s development goals. She urged the county to take the review exercise seriously and to prioritize corruption prevention as a key driver in achievement of their goals.

“Corrupt practices are likely to dampen optimism brought about by the setting up of county governments, but strong robust systems and procedures of work can ensure there is transparency and efficiency in service delivery,’’ she added.

“Corruption is a global epidemic; we have so much we are losing,’” she noted.

Commissioner Mghoi urged county officials to support the exercise to enable the counties to streamline their services to the public.

In a similar launch in Nandi county, Commissioner Dr. Dabar Maalim announced that a team of corruption prevention experts from EACC will conduct formal and informal interviews with county government and county assembly officers. They will analyse reports, policy documents, contracts, operations circulars, complaint letters and accountable documents, as well as carry out spot checks on service delivery areas.

The 17-day exercise is one of the build-up activities towards the commemoration of the International Anti-Corruption Day that will be celebrated on 9th December.

At the end of the exercise, an action plan will be signed by EACC, the Governor and the Speaker of the County Assembly. “Systems are created to uphold integrity and ethical behaviour,” Commissioner Maalim said.

The Governor lauded the Corruption Risk Assessment as a road-map to improve programs and processes leading to efficient service delivery as well greater access to resources for the public. He urged the county management to support the exercise and take the opportunity to consult EACC on how to improve systems and seal corruption loopholes.